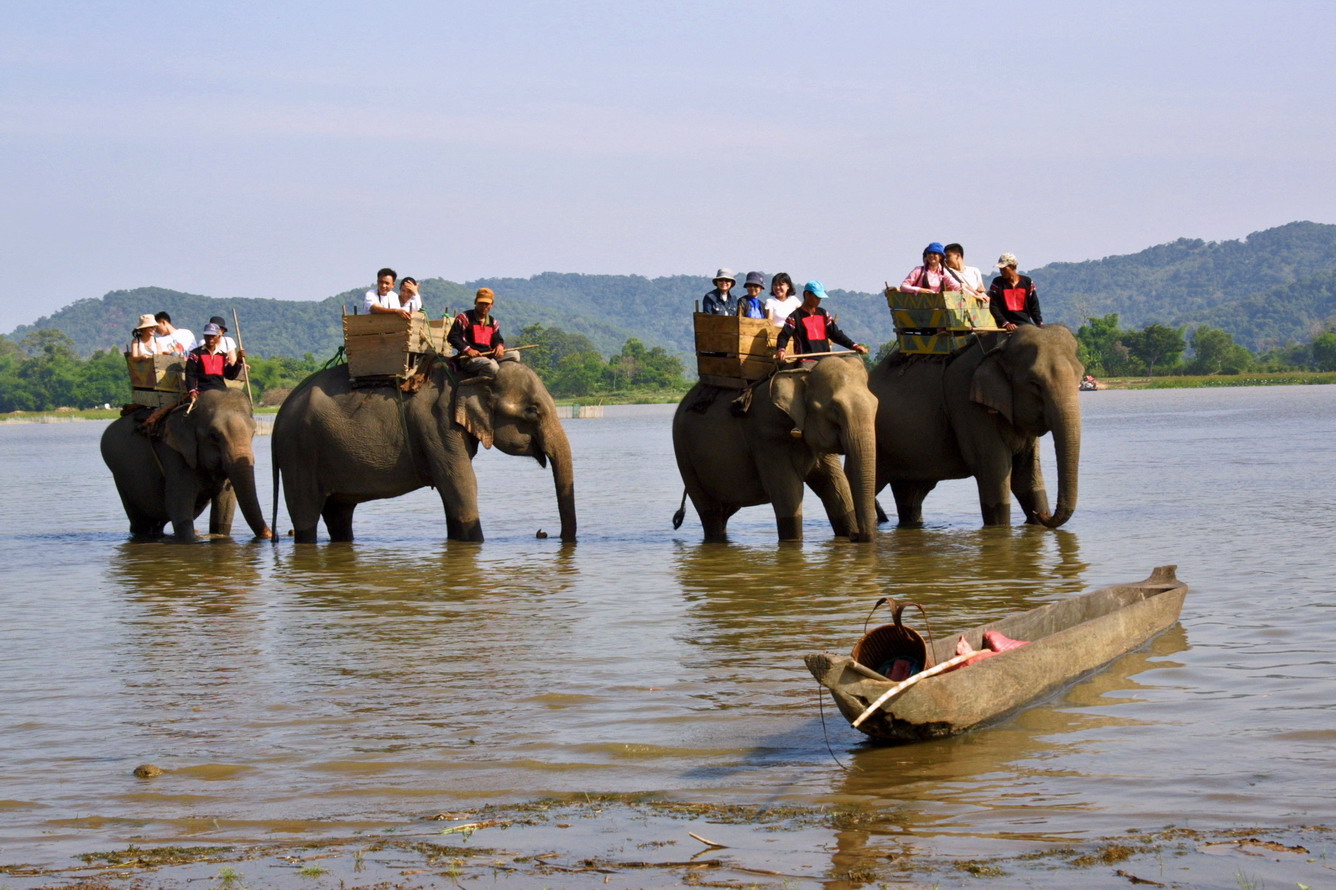 Tucked deep into the Central Highlands, about 360 km from Saigon, Buon Ma Thuot (pop. 200,000) is much farther off the beaten track than Dalat and sees far fewer tourists. But Buon Ma Thuot is certainly worth the trip. The area is an elephant training center (heres where to ride an elephant in Vietnam!).

The region is home to a number of ethnic minorities, including the Rhade and Jarai groups. The area also boasts some impressive waterfalls. Buon Ma Thuot has the distinction of being the site of the last major battle between the North Vietnamese Army and South Vietnamese troops during March 1975. As a testament to that battle, the first North Vietnamese Army tank to enter the city is perched in the center of town as a monument to Buon Ma Thuots “liberation.” There has been talk of moving the tank into a museum, and indeed, some travel publications say it already has, but the tank still has its turret pointed skyward, looking still quite capable of spitting out a 120mm shell.

Buon Ma Thout makes a great base for trekking to ethnic villages. The longhouses of the Rhade and M ong groups are particularly impressive – try to spend a night or two. A popular stop is at the Rhade village of Buon Tuo, about 13 km from town. Thirty-five kilometers to the north, in the village of Ya Liao, can be found a 13th-century Cham tower. In town, visit the hilltribe museum on Me Mai Street, which houses artifacts, ancient weapons, clothing and other relics of the Montagnard and Rhade ethnic groups.

The local minority villages are also great for elephant rides. Elephants can also be found in the wild at nearby Yok Don National Park, at 58,200 hectares, Vietnams largest. Don village is the gateway to the park and has turned into something of a tourist trap (at least for these parts). Elephant rides are available for a few hours or a few days from local M ong and Lao trainers, who descend from generations of families training elephants to transport logs and, more recently, tourists. Expect to cough up about US$15 per hour or US$60 per day. Four-day expeditions into the jungle will set you back as much as US$500.

Surrounding waterfalls worth a visit include Drai Sap, Draylon, Drayling and Draynor Waterfalls. The best are found at Drai Sap. The fodder of picture postcards, these are the falls you see on most Vietnamese calendars. About 12 km from Buon Ma Thuot, the falls aren particularly tall but are expansive and dramatic. Its tempting to swim in the river pools formed at the base of these falls – and many folks do take the plunge – but the surrounding and submerged rocks are jagged and treacherous. Its easy to get yourself quite cut up. Theres also a disappointing amount of litter, but Dac Lac officials seem to be cleaning the place up. The Drai Sap falls are accessible by hired car or minivan, followed by a moderately strenuous half-kilometer hike.

Though located about 200 km farther north than Dalat, Buon Ma Thuot is at a lower elevation and is warmer year-round. Neither does it possess Dalats over commercialization (nor Dalats beauty, on the other hand). Coffee is the major cash crop here, however, this mountainous region is heavily deforested, the hillsides bald and brown during the winter months. Much of the regions wildlife has been driven away by deforestation or through the misfortune of getting stuffed by wannabe taxidermists. The best time to visit Buon Ma Thuot is during the dry season, between November and May. Though the scenery isn as lush as it is during the rainy season, its a lot easier to get around!